Season Two of Ultimate Braai Master is under way with the names of the fifteen finalists announced on the Expresso Show this morning.

Fourteen teams won the right to compete over four audition rounds that took place in Cape Town, Durban, Port Elizabeth and Johannesburg. In each audition round the teams had to get past an initial phase of judging and into day two of auditions where they would face a pressure test to see if they had what it takes to compete in Ultimate Braai Master.

The fifteenth team to make it through is the Pick n Pay Wild Card Team, last year that honour went to Gal Power who stunned the judges with their natural flair for cooking and came 5th in the first season of the reality cooking show.

As a family brand with a proud history of supporting “local”, Pick n Pay is especially thrilled with the way South Africans have responded to the competition’s second Season, and the talent and originality that’s been on display at each of the regional auditions. Ultimate Braai Master successfully combines three quintessentially South African passions – braaiing hearty, local fare with friends and family in the great outdoors. Pick n Pay has elected to play its Wild Card by selecting a semi-finalist team that demonstrated a high degree of originality and spirit at the Johannesburg audition. Following on from the incredible performance of last year’s Wild Card Gal Power team, we’re confident that this year’s Wild Card team will prove that braaiing is as much about the spirit of the braai as it is about creating great meals on the open fire.

The 2013 teams to make it into SA’s toughest outdoor reality TV cooking competition include:

Season One of Ultimate Braai Master succeeded in exposing the rich pool of braai talent that exists at a grass roots level across the country, while also setting new benchmarks in terms of the calibre of food that can be prepared and enjoyed on the braai. This year’s semi finalist and finalist selection has been extremely tough, but I’m confident that the individual talent and eclectic mix of skills demonstrated by this year’s top teams promises to deliver an entertaining and nail-biting TV Series as competitors race and cook their way to securing the country’s top braai accolade.

Supported by Coca-Cola, Standard Bank, Renault Koleos, and BIC Firelighters, the second Season of Ultimate Braai Master premiers on SABC 3 on Wednesday 18 September at 8.30pm, promising to take viewers on an extreme 8000km culinary adventure before culminating in the crowning of this year’s winning team. The 2013 winner will walk away with the title, R500 000 in cash, a Renault Koleos SUV 4 x 4 valued at R340 000 plus a number of other great prizes.

Filming begins on Monday, 6 May when Justin, the 30 contestants and Ultimate Braai Master Judges, Bertus Basson (Executive Chef and owner of Overture restaurant in Stellenbosch) and Marthinus Ferreira (Executive Chef and owner of dw eleven -13 restaurant in Johannesburg) will join Cooked in Africa Films’ 70-strong production crew for the official start of the competition, which will require contestants to self-drive, camp and cook in extreme conditions across 13 remote locations over a 60-day period.

The winning team will be announced in the final episode of Ultimate Braai Master, which will be screened on SABC 3 on 11 December 2013.  Some of the most memorable recipes from the Series will be packaged into a second commemorative Ultimate Braai Master cookbook from Justin, in time for Summer. 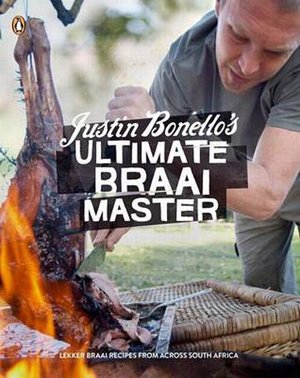 Curtis Stone with an Australia Day special, Beef Rissoles Recipe with Grilled Potatoes and a Spinach...Read

Another winner from Anjum Anand with a Prawn Biryani recipe Now biryani is normally baked but you...Read

1999 McDonald's Burger in near pristine condition, one owner! Almost good as new!

If you ever needed more proof, here it is. A 1999 McDonald's in pristine condition has resurfaced af...Read

How to make Grilled Peppers

A quick and informative video on how to make grilled peppers You can use this same technique on o...Read

Hollandaise Sauce is a classic recipe one which most certainly should be in your repertoire. Dhruv B...Read

A simple Meringue Recipe from Ruben Riffel based on the French style of making meringues. Reuben Ri...Read

The Clean 15! The Fruit & Vegetables least contaminated by pesticides!

The Environmental Working Group has released its 2013 Shopper's Guide To Pesticide In Produce reveal...Read

The Dirty Dozen! The World’s Most Pesticide Contaminated Fruit & Vegetables

Heston Blumenthal's Scotch Eggs Recipe There is a slight misnomer about the title Scottish eggs b...Read